The Bungie Foundation is proud to announce that we have partnered with eight children’s hospitals across the country to advance our mission of reducing distress and suffering in children through entertainment with our iPads for Kids Program. We’ll be giving a full run-down of where we stand with all hospitals in our year-end wrap up next month, but we’d like to take a moment to share with you what we’ve been focusing on this past month.!

In late October, we took the trip from Seattle, WA to Dallas, TX to kick off our 30-day pilot of the iPads for Kids Program at Children’s Health Dallas. The team at Children’s Health has been a dream to work with as we prepared the many logistical components necessary to making the program operate with success. The installation of our first 24 iPads into Children’s Health’s Renal Unit was led by our very own Austin Schlichtman, iPads for Kids Program Specialist, and supported fully by the clinical team on the unit. Austin has led the technical logistics of every installation we’ve managed this past year and has gotten it down to a science.

Working with Christine Edwards, Sr. Foundation Manager, they were able to pre-plan every facet of the installation and map out their course of action before landing onsite at the hospital. CMCD’s amazing Project Manager coordinated the hospital’s IT, security, networking, and infection control teams to troubleshoot all tasks before the rollout. According to Austin, “Not only were we excited by the successful rollout!, but the nursing staff was quite excited themselves! Some of the nurses noted how happy and excited their patients looked when they received the iPads and how they quickly started to play games as soon as the devices were handed to them. The staff was very optimistic as it was their first time having this type of device installment and now they are very appreciative of the iPads for Kids Program.

Next up, our mission was accomplished all the way from New York City! We kicked off our pilot rollout at St. Mary’s Hospital for Children. We are so grateful for our partnership with them as they are unlike any other hospital we have supported to date. Christine says, “St. Mary’s provides incredibly experienced and compassionate long-term care for children with very complex medical conditions. The majority of children that are referred to St. Mary’s will spend their lives at the hospital or their long-term care facilities and have special needs and life-limiting conditions.”

Because of their unique patient population, many children don’t have the strength to hold an iPad on their own. To solve this problem, we partnered with the Seattle-based company HatchMed to create custom wall-mounted tablet arms that met St. Mary’s requirements for their environment. One of HatchMed’s executives even joined us on our trip to the hospital to train St. Mary’s Building and Engineering team on how to install the arm. “The hospital’s clinical staff would walk by and would stop to admire what we were doing and were very interested in testing the tablet arm out. They expressed how excited they were that they iPads for Kids Program could provide for their unit’s specific needs,” says Austin. We look forward to deploying more iPads throughout the remaining units at St. Mary’s in the New Year! 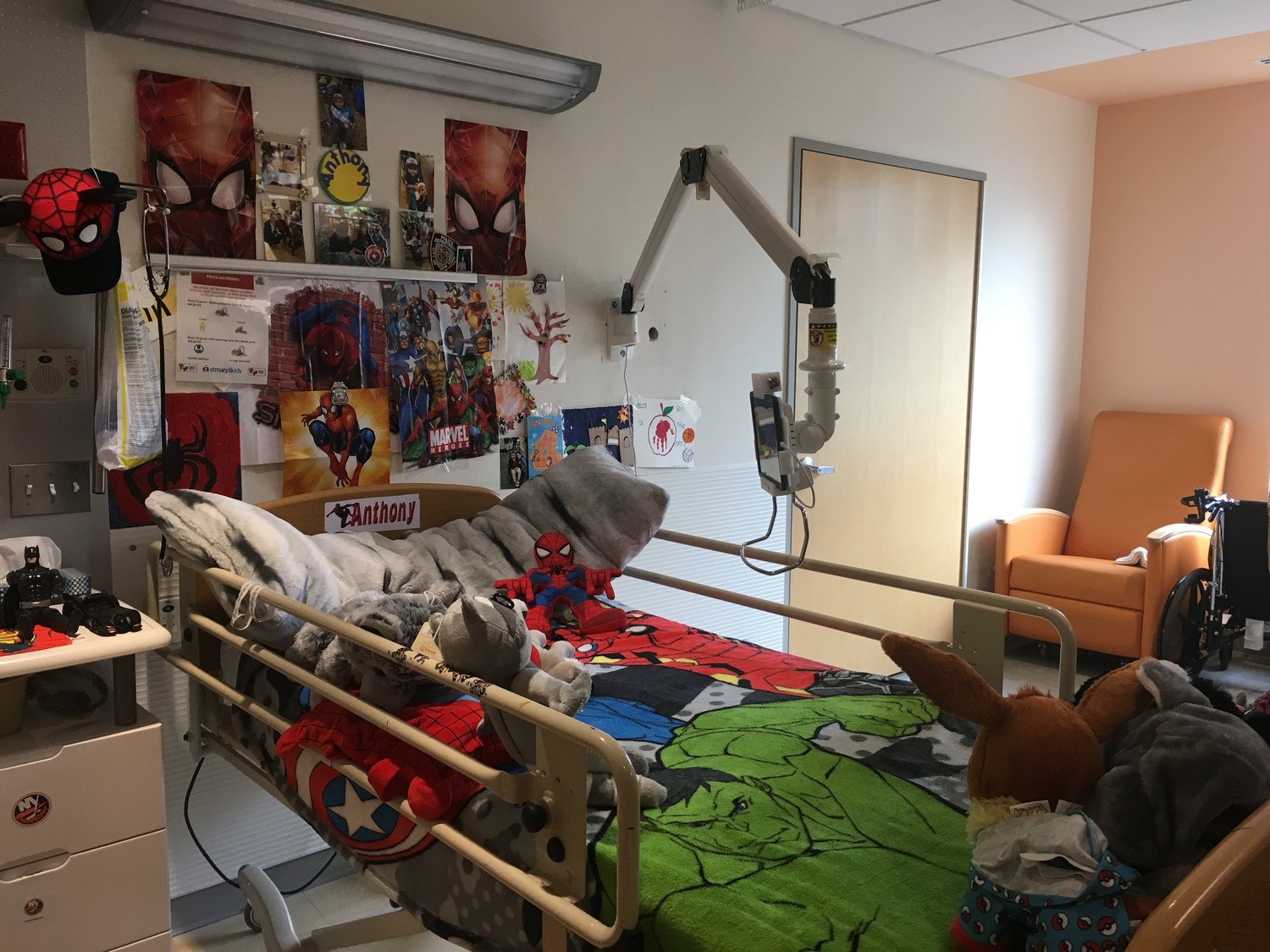